Not sure when I started coming to Kids Music Camp, I think 2011. Haven't missed many since, have helped where needed in guitar, bass, fiddle, mandolin. I got first guitar at 14, started mandolin in 2007. My band Martengale Bluegrass has attended and performed. I feel we need to encourage young people to get involved with music. In 2011-2012 I was President and 2013-2014 Vice President of the North Florida Bluegrass Association. I love to play and sing. I plan to continue to help where needed

I'm a 30+ year bass vet from Jacksonville.  During the day I provide behavior therapy for children and adults with autism and developmental disabilities.  On nights and weekends, I play bass for Parker Urban Band, Mama Blue and Amber Delacruz.  June was my second SSKMC and I hope to be back for more.  I really enjoyed getting to know the kids in my group, watching them learn and open up to the group over the weekend.  Good times! 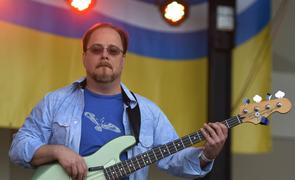 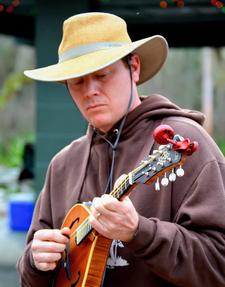 Mostly vocals but have taught bass, guitar and kids rhythm and movement. Been playing and singing since I was 6 years old. Been teaching at kids camp since 2009 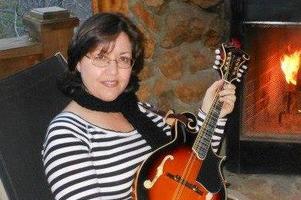 I have been playing guitar since I was 12 or so. In 2005, I was asked to help out and teach the Mandolin class in what is now the SSKMC. I haven't been the same since.I would describe myself as the luckiest guy ever.

Most times I can be found under a cloud of sawdust carving signs for people.

I am also the Worship Leader at New Life Community Church of Lake Park. ​

​My father gave me a guitar when I was ~ 5 yrs old. No one around me played and I was hardly ever around live music even though I grew up just outside of DC. I really never started playing out with other musicians until I was 32 yrs old. The year I turned 50 I decided I wanted to play the banjo. I've hardly wanted to pick up my guitar since. Love the banjo, love teaching banjo at kid's music camp. I could also teach basic fiddle, mandolin or guitar, but I would be pouting ~ because I truly love playing and teaching others to love the banjo, too. I taught at Kid's Music Camp for the first time back in May 2010. I think I have had to miss teaching one time. 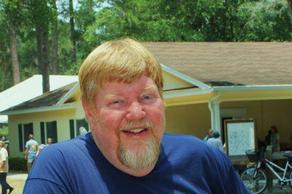 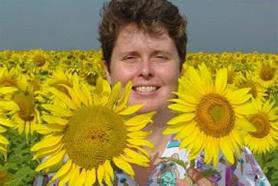 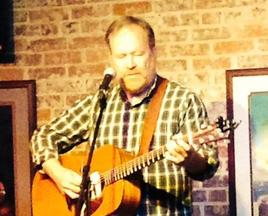 ​I moved to Tallahassee from western North Carolina. In my first year in Tallahassee, I didn’t know where to find the folks playing my favorite kind of music. I had an old guitar my mother had bought me when I was twelve years old that I had never really learned to play. So, at age 28, I finally decided to learn how to play guitar and make the music I wanted to hear. My good friend Kevin Robertson, one of Tallahassee’s finest guitar players, showed me some tunes to play so that I could stop driving my wife crazy with same three songs over and over and over. Thanks to Kevin’s help and many hours of practice, my wife usually doesn’t mind hearing me play these days. She even let me play her mandolin a few years ago, and now I try to share what I know about playing the mandolin and some things I’ve learned about music with the kids who come to camp. 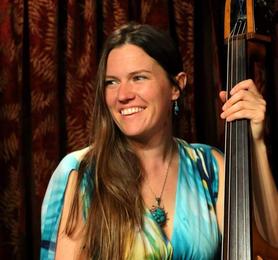 I have been an instructor for Kids Camp for 8 years, mainly teaching mandolin but I have taught ukulele as well. I also teach guitar, mandolin, and ukulele at Ben Owen's Music in Valdosta, as well as sing and play with a couple of local groups. I love all types of music, but bluegrass/swampgrass/folk are my favs.

Hi I am old as dirt and have been playing music most of my life. Bluegrass, Rock, and Jazz, I love it all. I teach most stringed instruments except for the Violin. I am now retired and live near Palatka, Fl. I teach private lessons and group Guitar & Mandolin Workshops. 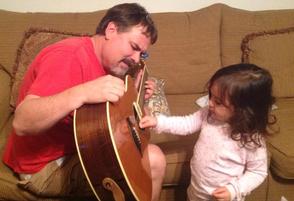 I started early as a "dash board drummer" cruising the country roads of Ohio. It wasn't until much later that I stopped damaging my buddies dashboards and applied my musical interests to more civil aspirations.
I have been involved with this program for about a year, the rewards I get are profound. my granddaughter has the music in her, I hope she will one day come to the camp